Age: Exactly as old as you think it is, to the second.

Hey, Branson is a British success story. Sure he is, so long as you count relentless privatisation of national services and cloying self-publicity as successes. Do you know what his motto is?

Do tell. “Punctuality shows organisation and respect for others.”

Oh really? That’s his secret? Punctuality? Well, mainly it is attempting to avoid paying taxes at every possible turn. But, sure, punctuality too.

How do we know this? Because he tweeted it. “There’s very little that annoys me in life, but people turning up late really does. Punctuality shows organisation and respect for others,” he wrote, accompanied by a photo of someone’s nan jogging along a road.

I think that was actually him. Oh.

I hope nobody who has ever used one of his trains reads that tweet.You mean Virgin Trains, the operator whose trains failed to reach their final destination within 10 minutes of their scheduled arrival one in five times over the past 12 months? The operator that cancels or substantially delays one in 20 of its London to Glasgow trains?

Yes. Oh, they read it, all right – it prompted a tsunami of tweets making various allegations, some of which may even have a factual basis. 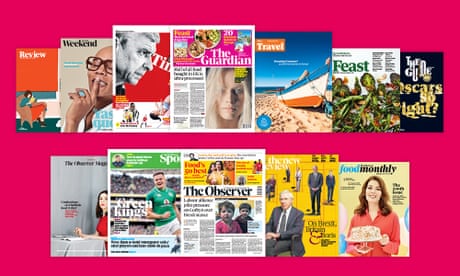 Fantastic, I love a grumpy tweet. Then this, my friend, is the motherlode. The top reply to Branson’s tweet is: “What annoys me is a company that operates in a dishonest way, breaches contract & regulations & still expects the customer to pay for things – like @virginmedia – but we have now established this is how @Virgin operates of course.”

Wait, that’s about Virgin Media, not trains. Oh, sorry. Well, the top response to that reply is “Same with their flight schedules”.

But that’s about Virgin Atlantic. Oh, right. Hang on a minute, let me scroll through a little. There are replies about him scavenging the NHS and replies about tax dodging. Another one about him ruining the NHS. One about him suing the NHS over a contract for children’s services in Surrey and winning £2m. One about the hypocrisy of campaigning for climate change while operating an airline. Oh, wait, here we are. Someone said: “I’m sorry, Richard. I set off on time but my Virgin train was late.”

Hooray! That’s him told! Yes, but self-awareness was never really Branson’s strong suit. Remember when he kept insisting on making cameos in every film and TV show that used one of his planes? Remember when he dressed as a female flight attendant for a bet?

Has everyone calmed down since the tweet at least? A recent tweet on how he almost injured himself on a hiking trip around Corsica was met with one user saying: “Hey Richard, any chance you could pay tax in this country?”

Do say: “It is ironic that Richard Branson despises lateness.”

‘For Khabib 30-0 is enough, he wants his last fight in Moscow’ – Nurmagomedov Sr.

Michael Carrick: ‘Depression over a game sounds extreme but I felt in a very dark place’