Yorkshireman Mark Hinchliffe can vividly recall the spark that ignited his love of collecting. It happened in Leeds City Museum when, as a boy, he stood transfixed in front of a stuffed Indian tiger, its paws bigger than his head. The memory still burns bright 40 years later as he shows me round the 19th century, former Methodist chapel in Harrogate that he has restored and turned into a home – one he shares with his own vast, “bonkers” collection of art and artefacts. Here, a clutch of feather hats, there a fragment of antique French tapestry, hanging in the “gentlemen’s club room” brocaded military jackets from conflicts past. It’s not exactly a museum – Hinchliffe sometimes wears the jackets while cycling round town – but this is clearly more than just interior decoration. For one thing, every object has a story. 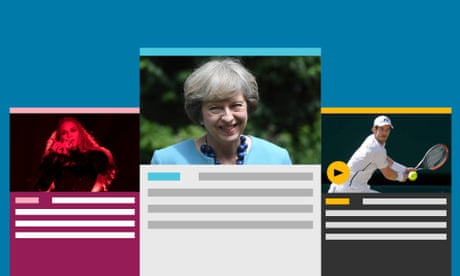 Guardian Today: the headlines, the analysis, the debate – sent direct to you

“I was the kid on the beach who picked up a stone with a hole in it and wondered how that came about,” says designer Hinchliffe. “I once bumped into Antony Gormley and asked him what it was about the stone with a hole in it and he said: ‘I don’t know, I’ve been trying to work that out my whole life.’ There is no answer. It’s still working its magic.”

He bought the chapel in 2013 after it had fallen into disuse, and spent two years renovating it. The vast church organ had already been dismantled and sold for £6,000 on eBay, finding a new home in a small village in Germany. Hinchliffe removed the pews and upcylced them to construct the kitchen cabinets, though many elements of the original building remain, including the pulpit and the 40ft-high atrium, now the grandest of living rooms. The original stained-glass windows were restored and a galleried dining room created. Scores of cast iron radiators were found in France and stripped back to reveal ornate mouldings.

The street markets and antique fairs across the Channel remain Hinchliffe’s favourite hunting grounds. “I’ve got the attention span of a gnat,” he admits. “I spin on ideas and I can look at a stand in about four seconds flat and decide if I like anything.” As well as Clignancourt in Paris, he goes to the Braderie at Lille – Europe’s biggest flea market, where he bought the boar’s head in the “gentlemen’s club room”, an antechamber off the main living space painted rich Prussian blue and hung with antique trophy heads. I admire one of the early Victorian chairs. “The fabric’s by Vivienne Westwood,” he tells me. It turns out that on a trip to London a couple of years ago he found himself sitting opposite the designer and her husband, Andreas Kronthaler, on the tube and they got chatting. A fellow northerner, Westwood sent up three rolls of her Jacquard fabric as a gift, which he used to reupholster some of his favourite chairs.

The association seems fitting. Opulent and minimalist, ecclesiastical and punk – opposites find a comfortable affiliation in this most unusual of homes. “I like the juxtaposition of an 18th century cabinet with an amazing piece of modern work above it,” says Hinchliffe. “I love being in tune with history.” On the walls are works by contemporary artists including Marc Quinn, Gilbert and George and Steven Campbell. In his study, he pulls out a sculpture by Susan Collis – a shelf covered in tiny pencil marks – part of what appears to be a growing sub-collection of DIY-inspired art. It may seem disorderly, but Hinchliffe knows where everything is, and recalls each object’s history with childlike glee. His particular interest in “the marks and the patina, and the journey of things” underpins his design aesthetic.

In the “ladies’ boudoir” there’s shelf upon shelf of antique Singer-style sewing machines, their wonderfully curved forms and dark steel moving parts set off by the yolk-coloured walls behind. The whole collection once belonged to the husband of a local needlework teacher and were given new life here after he died. A grand piano forms a centrepiece to the room while a wooden headboard depicting a young Victorian lady deshabillé hangs behind a writing table, lending this corner a private, conspiratorial air.

Upstairs is altogether more baroque. There’s an Indian-inspired bedroom featuring a four-poster bed festooned in gold-embroidered blue silk and another, the “Chinese opium suite”, with matt black walls against which a red carved wooden daybed is set aglow. Oriental silks and sculptures add a further layer of richness to the atmosphere.

As a child in the 1970s, Hinchliffe accompanied his mother to antique fairs. There, his magpie gaze would fall upon a top hat and a silk scarf “to hang on the stairs”, or a Georgian spoon flukily carved with his initials. To fund his passion for collecting he’d sweep the floor at his mum’s hairdressing salon and make tea for the old ladies. Later, he took on two paper rounds and worked weekends on a farm near his home in Leeds. His strong work ethic is matched by an abundance of energy which saw him out every night when he hit London as a newly qualified chef at the height of the New Romantic era.

“I worked at a hotel in Kensington High Street and at night I went to the Wag, Titanic, the Mud Club, Camden Palace. It was buzzing: the arty fashion lot were there,” he remembers. Working as a chef encouraged him to think about the way things were displayed. “That’s where I got that idea of shape, colour, form.”

Much like his collection, Hinchliffe is given to going off on tangents. He’s just been granted a marriage licence for the building, and recently chanced upon the French tradition of wedding domes – mini collections under a glass cloche, containing souvenirs and mementos. Fascinated by these little microcosms, he has created his own – which you could see as a metaphor for the chapel itself. “It’s about reinventing the Victorian fascination of discovering the world; the curiosity in random things I’ve collected are all in that vein,” he explains.

Now that the renovations are finished, people are starting to notice his flair for interiors, including a wine baron in northern Italy with whom he has an exciting new design project in the pipeline. “It’s only in the last year or two,” he tells me, “that I’ve realised I might actually be good at this.”

The Chapel is open for weddings, events and B&B guests (thechapelhg1.com; Instagram: @thechapelhg1)

Venezuela sends more crude to the US despite production woes