The winner: Ant-Man and the Wasp

Marvel has found another UK chart champ with Ant-Man and the Wasp, topping the box office with £4.99m – albeit thanks to the inclusion of £1.23m in Thursday previews. The figure for the Friday-to-Sunday weekend period was £3.76m. 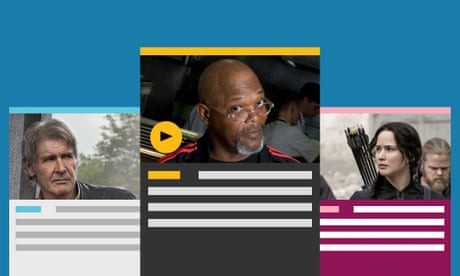 The original Ant-Man film debuted in July 2015 with £4.01m, without the benefit of previews, so Disney UK will be a little disappointed to see the weekend number soften. In other Marvel franchises – Iron Man, Captain America, Thor and Guardians of the Galaxy – UK box office rose with each instalment. Disney will point to the sweltering weekend weather and also the intense competition in cinemas currently as mitigating factors.

Once again, Mamma Mia! Here We Go Again was denied the top spot due to previews inflating the figures for a rival title. (Last week, it was Mission: Impossible – Fallout that did so.) Based purely on weekend takings, the Abba musical was No 1, with £4.12m box office. Its total after 17 days is a very impressive £39.3m. The original Mamma Mia! film stood at £24.6m after three weekends, so the sequel is currently running 60% ahead of the pace.

Animated titles Incredibles 2 and Hotel Transylvania 3: A Monster Vacationfaced a fresh challenger at the weekend in the shape of Teen Titans Go! To the Movies. The TV spinoff didn’t prove so formidable, however, with a UK debut of £390,000 – way behind the weekend takings of its rivals. Incredibles 2 has now reached a very healthy £39.9m.

Another week, another batch of under-performing indie titles. Latest films to arrive in indie cinemas include British relationship drama The Escape, Italian crime tale Sicilian Ghost Story, US indie Hearts Beat Loud, French drama The Apparition and French animation (with an English dub) The Big Bad Fox andOther Tales. Collective box office, including any previews, is £77,100 from a total of 116 sites.

This summer has been pretty disappointing overall for indie films, with the ambitiously released Whitney underperforming, The Secret of Marrowbonemissing its target, Sicario 2: Soldado (£2.10m) falling well short of the original Sicario (£4.98m) and smaller titles such as Mary Shelley, A Prayer Before Dawn and In the Fade also struggling at the box office.

Data gatherer comScore has released UK box office figures for the month of July (more accurately for the four-week period 6 July to 2 August inclusive), and also for the year to date. July 2018 takings at UK cinemas were 10% down on 2017, hit by very hot weather and also the last two weeks of the World Cup, which ended on 15 July. For the year to date, box office is running 3% behind 2017.

August has started reasonably well, with the first session delivering a 6% uptick on the equivalent weekend from 2017. The coming frame is hard to call – new titles include Jason Statham shark thriller The Meg, young-adult dystopian sci-fi The Darkest Minds, and screen-based horror Unfriended: Dark Web. Cinema operators will also be pinning hopes on decent holds for titles such as Mamma Mia! Here We Go Again, Incredibles 2 and Hotel Transylvania 3.

• Thanks to comScore. All figures relate to takings in UK and Ireland cinemas.