An Irish news outlet has posted an alarming tweet warning that a cannibal rat-laden Russian ‘ghost ship’ is “heading for Ireland.” Rather than spark concern, the clickbait tweet has merely generated eye-rolls from Twitter users.

Wednesday’s tweet from the Irish Times shared a link to a feature about a couple of ghost ships currently at large somewhere on the high seas that could – maybe, possibly, in the right conditions – wind up washing ashore along Ireland’s coast. And the vessel of most concern is apparently “an abandoned former Soviet cruise liner [called] Lyubov Orlova” which is apparently manned only by rats who have a taste for their own.

111 people are talking about this

The article even admits that the Irish Coast Guard believes the vessel has probably already sunk to the watery depths. The supposedly ‘Russian’ ship actually sailed under a Cook Islands flag from 1999 until it was seized by Canadian authorities in 2010 for its owners’ unpaid debts to a cruise company. Three years later, as it was being taken towards the Caribbean to be broken up, the towline snapped and the ship disappeared.

The reaction on social media to the Irish Times tweet, though, may not have been what the outlet was hoping for, with Twitter users panning the alarmist message en masse as a blatant attempt by the broadsheet to turn spectacularly tabloid in order to generate some lucrative online clicks.

“More click bait – the Lyubov Orlova isn’t the only thing racing to the bottom,” one person wrote, while another said, “The Irish Times is becoming more like The Sun every day.”

What a very tabloid header

Over the top headline

i had to double check this wasn’t an onion post because…. hey are you guys ok over there?

Several people pointed out that if the rats are cannibals then, logically, after enough time there’d only be one rat left – and if they feast on their fellow rodents, then humans need not worry.

So one fat rat?

Dont cannibal rats just eat each other? Nothing to worry about do. 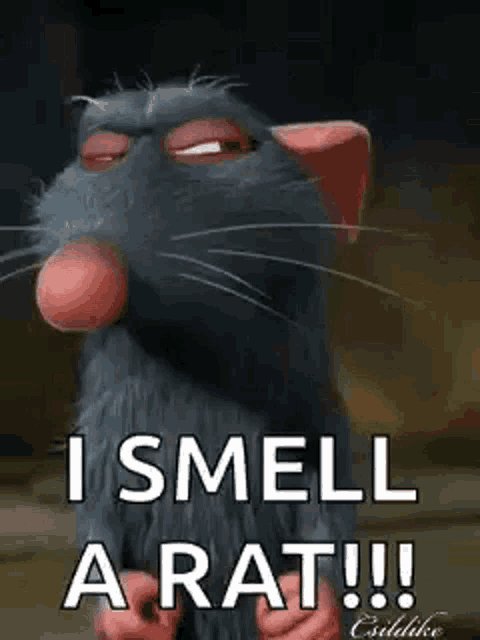 The Irish Times article on a supposed cannibal rat-infested vessel comes in the wake of an unmanned ship washing ashore in the southwest of the country, courtesy of Storm Dennis.

ALSO ON RT.COMOverpowering crosswind makes airliner HOVER above runway during landing at London’s Heathrow (VIDEO)Like this story? Share it with a friend!

Are goals from the halfway line overrated?

Vodacom has given up on revolutionary mobile money service M-Pesa, in South Africa