Age: Occupied continuously since 500BC.

Appearance: Better than wherever you live.

I’ve never heard of this survey before. Sure you have. Remember the outcry it caused last year, when it demoted Manchester for being the recipient of a bombing?

That doesn’t sound like a very fair survey. Well, it takes a large number of factors into consideration, from crime to healthcare to humidity. It seems a thoroughly researched survey, if you ask me. 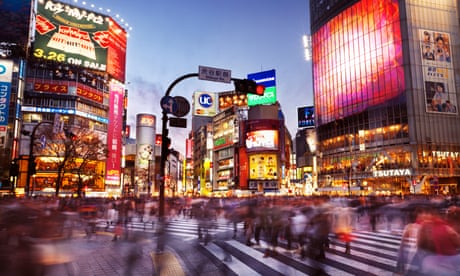 Sign up for the Cityscape: the best of Guardian Cities every week

Really? Where is London placed? Forty-eighth. Nowhere near the top.

Fine, I’m convinced. I thought that would do it.

Anyway, what is so great about Vienna? It gained perfect scores for stability, healthcare, education and infrastructure. It has a low crime rate and relatively low population density. In fact, the only area where Vienna lost points was in “culture and environment”.

Even though it is home to the Vienna state opera house and the Kunsthistorisches Museum? Yep. Maybe the Economist Intelligence Unit would have preferred more buskers. It’s hard to say.

Does Vienna really deserve the top spot? It must do. Until now, Melbourne looked like an unsurpassable champion, retaining the No 1 ranking for seven years. Vienna has to be pretty special to dislodge a paradise like Melbourne.

Is this sarcasm? No! Vienna is terrific. It is a huge city that comparatively few people live in. It’s great for children. The art is good. The music is good. The main food is basically a burger the size of a dinner plate. Everybody should visit Vienna. I’d live there in a shot if I had the chance.

Are you angling for a free holiday or something? I would be, if Pass Notes wasn’t written anonymously.

Just out of interest, what are the other top cities in the index? After Vienna and Melbourne, it goes: Osaka, Calgary, Sydney, Vancouver, Toronto, Tokyo, Copenhagen and Adelaide. The bottom five are Damascus, Dhaka, Lagos, Karachi and Port Moresby.

And how seriously should we be taking this index? Oh, probably not too seriously. It all comes down to personal taste, really. Some people like the gritty bustle of a city such as London, but that individual preference doesn’t transfer to the Economist Intelligence Unit’s idea of liveability. Similarly, there is a chance that other people might find Vienna too sedate and homogenous to be truly interesting. Not me, though. I love Vienna.

Do say: “This means nothing to me.”