Protesters in western countries have been trying to draw attention to period-related social issues for years, but it seemingly took a Twitter post for a corporation to act on this LGBT activist-flagged “problem” (FILE PHOTO). ©  Reuters / Reuters Photographer
Follow RT on

Female spaces are yet again facing invasion from trans radicals, but this time it’s not athletics or women’s shelters that are being invaded, but menstrual health. Which is perhaps the last place a biological man belongs.

An event this past Saturday called National Period Day was meant to raise awareness for women in poverty who struggle to afford menstrual essentials, but like all things these days, the conversations surrounding it were quickly deemed exclusive.

Trans-men (biological females) screamed about how men can have periods too. A cry which over the past few months has been heard by Procter & Gamble – the makers of Always brand tampons and pads – who will now be removing the feminine Venus symbol from their packaging come January 2020. A move which has upset quite a few women.

in biology is used to represent the female sex (you know, the ONLY people who will ever need these products). It does not represent gender identity. 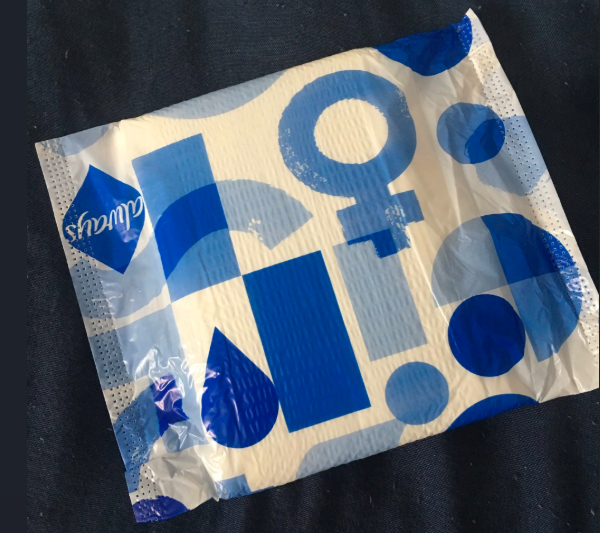 68 people are talking about this

Meanwhile, on the other end of the spectrum, trans-women (biological men) tried stealing the spotlight to make it all about them, and in some cases they even had the audacity to claim they too get periods. Something I – as a tranny myself – can confirm isn’t a reality.

ALSO ON RT.COMMenstrual cycles are for everyone? ‘Always’ removes female symbol from sanitary pads following trans activists’ complaintsI know we live in a topsy-turvy world that is continuing a descent into absurdity, but that doesn’t change the fact that menstruation is still a biologically female trait. A period is when the uterus sheds a thick lining of tissue and blood. I’ll save you the gory details, but it’s not something someone with a penis can achieve. And if someone is bleeding out their d**k, that’s not menstruation, that’s an infection.

Happy #NationalPeriodDay! A reminder that all women can get their period. Remember trans men, trans women, gender non-conforming, and nonbinary people in your language and actions. #lgbtq

282 people are talking about this

The screeching from the trans community has further poisoned the discourse around women’s health. Individuals discussing issues that concern them now face harassment for not including all genders in topics that only concern one.

Men do not get periods. Trans-men do, but they are also biologically the opposite of what they identify as. Therefore discussions of women’s health very much includes them, but saying as much will now get you labeled a “bigot.” A sad state of affairs that leaves women unable to discuss their health without being attacked.

As I have previously written about, the trans community has gone too far off the edge. It was already bad enough when they started expressing it was ‘transphobic’ to not f**k them, but at least that could have easily be turned into a point of mockery and few people took it seriously as is.

I actually think any sexual orientation other than pan is immoral because sexual genital preferences immoral.

But that means I think hetero people are just as bad off.

422 people are talking about this

The stuff regarding periods, however, is starting to actually affect the real world. Scared of facing backlash, a multibillion dollar company gave in to the demands of the pronoun police, and seemingly without a second thought.

The Twitter account that appears to have kicked off the entire ordeal back in July has 450 followers, and their initial tweet never grew past 17 likes and 3 retweets. Yet even then, a major corporate power got weak in the knees, or maybe even got down on them, and did as a member of the trans community asked.

Could someone from @Always tell me why it is imperative to have the female symbol on their sanitary products? There are non-binary and trans folks who still need to use your products too you know! #queerandherepic.twitter.com/G6nzSmaW39

A move which only erases the line between genders and makes women’s health no longer about them. What’s next, are biological women going to need to get their nonexistent testicles checked for cancer just to make trans-women feel less awkward? I sure hope not, but in today’s clown world, I wouldn’t write it off.

ALSO ON RT.COMI am a trans woman – but I think this woke world has gone too far

Erdogan accuses US of favoring ‘terrorists’ in Syria, says Turkey will set up safe zone on its own

Passing the remote: what I’ve learned in 14 years as the Guardian’s TV reviewer