The ‘fastest woman on four wheels’, television personality Jessi Combs, tragically died attempting to break the 1976 land speed record in Oregon on Tuesday, according to a statement from her family. She was 36.

Combs broke the women’s four-wheeled speed record in 2013, achieving a speed of 398mph (640 kph) in her jet-powered North American Eagle Supersonic Speed Challenger. She would later achieve a speed of 483mph (777kph) before that run was abandoned due to technical issues.

ALSO ON RT.COMRider hospitalized as bike erupts in flames in British MotoGP horror smash (VIDEO)Combs announced via social media on Sunday that she was attempting to break her own record once again, writing: “It may seem a little crazy to walk directly into the line of fire… those who are willing, are those who achieve great things…

The time Combs was pursuing, 619mph (996 kph), would have smashed her previous record, and that of the legendary stuntwoman Kitty O’Neil set in 1976. O’Neil, who died last year, became the fastest woman on Earth after reaching the amazing speed of 512 mph (823 kph) in a hydrogen peroxide-powered, three wheeled rocket car.

“It is with extreme grief, and in celebration of her life that her family and close friends share that race car driver, and TV personality Jessi Combs, passed away in a fatal crash, as she pursued setting a land speed record in the North American Eagle on August 27th, 2019 on a dry lake bed in Oregon. The details of the crash have not been released at this time,” said a statement from her family.

“Jessi was known for her bright smile, positivity, and tenacious pursuit of the fulfilment of her dreams.Her drive was infectious, and she served as a role model for young girls, and women around the world. People that loved her and followed her became family, all bonded together by adventure and passion.

“Her fans adored her, and she lived to inspire them. Jessi’s most notable dream was to become the fastest woman on Earth, a dream she had been chasing since 2012. Combs was one of the rare dreamers with the bravery to turn those possibilities into reality, and she left this earth driving faster than any other woman in history.”

In addition to her career on the racetrack, Combs appeared on several television shows including ‘Mythbusters’, ‘All Girls Garage’ and ‘Overhaulin”.

It’s with a heavy heart that I pass along the news that Jessi Combs passed away yesterday while attempting to break a land speed record. I also had the chance to attempt this record but it wasn’t my turn…this hits home for me. Godspeed, Jessi Combs. 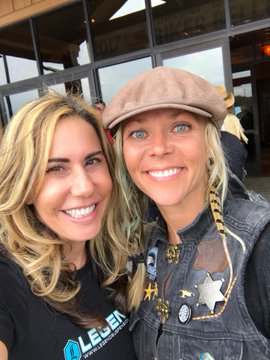 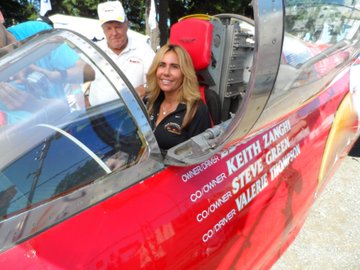 327 people are talking about this

Several tributes have begun to flood social media following the announcement of Combs’ passing, including from motorcycle racer Valerie Thompson who announced that she had also been offered the opportunity to break the record which ended up costing Combs her life.

How a viral Indian web series went from YouTube to Netflix