US President Donald Trump said he has “no problem with the idea” of meeting with his Iranian counterpart Hassan Rouhani. There are rumors the meeting could happen later this month at the UN General Assembly.

Trump left open the possibility of the meeting during one of his helicopter press-conferences at the White House on Monday, prior to departing for North Carolina.

Iran should straighten it out, because they’re in a very bad position right now.

Secretary of State Mike Pompeo said on Sunday that Trump was willing to meet with Rouhani “with no pre-condition,” because “we don’t want war with Iran.”

Secretary of State Mike Pompeo says President Trump is ready to meet with Iran’s Rouhani “with no preconditions,” because “we don’t want war with Iran,” but “it’s up to the Ayatollah to made the decision about the direction he wants to take his country.” http://abcn.ws/2koBXze 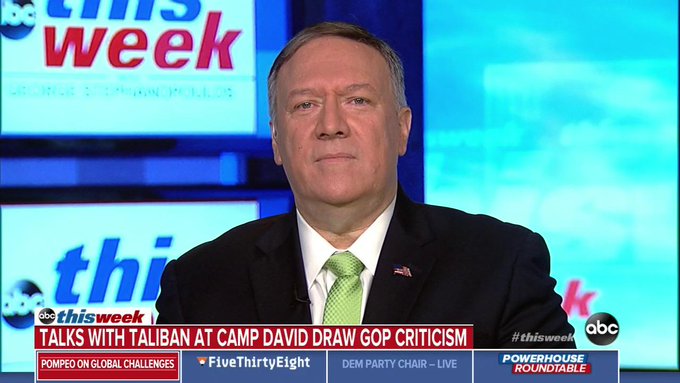 87 people are talking about this

“It’s up to the Ayatollah to make the decision about the direction he wants to take his country,” Pompeo added, referring to Supreme Leader Ali Khamenei, who is rumored by the US media to be against the meeting.

ALSO ON RT.COMNetanyahu has found another ‘secret’ Iranian nuclear facility, shows pictures as proofIsraeli media have speculated that Netanyahu’s flight to London last week, coinciding with the visit by US Defense Secretary Mark Esper, may have been intended to lobby against a Trump-Rouhani summit.

After meeting with Netanyahu, however, Esper spoke approvingly of Iran making “subtle movements” towards negotiations.

“It seems in some ways that Iran is inching towards that place where we could have talks and hopefully, it’ll play out that way,” Esper said at the Royal United Services Institute in London.

Trump campaigned on ending the 2015 nuclear deal with Iran, and did so in April 2018. Since then, his administration has imposed sweeping sanctions against Tehran and demanded that Iran renegotiate the agreement.

The 74th session of the UN General Assembly is scheduled to meet on September 17, and there is a possibility of Trump and Rouhani meeting on the sidelines.