After some verbal combat between Jair Bolsonaro and Emmanuel Macron, Brazil’s tourism ambassador – MMA fighter Renzo Gracie – upped the ante, calling the French leader a “clown” and threatening to choke him. Diplomacy in 2019.

To recap, Brazilian President Jair Bolsonaro recently earned the scorn of French President Emmanuel Macron for mocking Macron’s 66-year-old wife Brigitte on Facebook. Macron had earlier accused Bolsonaro of reneging on his commitments to the environment, as G7 leaders discussed wildfires burning in the Amazon rainforest.

Though the tiff seemed over, Bolsonaro was still miffed at the G7’s offer of a $22 million “colonial” aid package to fight the fires, which, he pointed out, burn every year in the Amazon and are being handled by Brazilian authorities.

ALSO ON RT.COMBolsonaro & Macron trade insults as Amazon burnsHowever, Gracie turned things up several notches over the weekend, in a diplomatic exchange that would put the trash talk of any UFC fighter or bare-knuckle boxer to shame.

“The only fire going on is the fire inside Brazilian hearts and our president’s heart, you clown,” Gracie thundered in a Twitter video addressed to Macron, who he oh-so-cleverly rebranded “micron.”“Come over here, you’ll be caught by the neck, that chicken neck. You don’t fool me,” his rant continued. 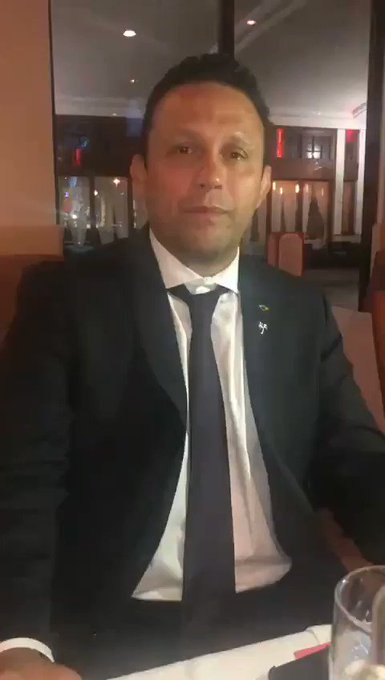 434 people are talking about this

After the video was posted, Brazilian reporter Adriano Wilkson called Gracie up. If he was expecting a more measured statement from the newly appointed tourism ambassador, he was left disappointed.

“Of course a bunch of people will be scared, they’ll think I called him chicken because I was questioning his manhood, but I’ve seen plenty of gay men who are more manly than this imbecile,” Gracie said, before reigniting the discussion on Brigitte Macron’s looks for good measure.

“I’ll ask you a question. Is she ugly or pretty? Would you hook up with her?…The fact that he sleeps with a dragon doesn’t make him a fire expert. She’s ugly, man.”

ALSO ON RT.COM‘Macron couldn’t save Notre Dame, what can he teach us?’ Brazil rejects G7 aid for Amazon firesWere Gracie to follow through and actually choke Macron, the fight would likely be over in seconds. Gracie’s family pioneered the development of Brazilian jiu-jitsu, and Renzo holds a 7th Degree Coral Belt in the sport, and has a professional mixed martial arts record of 14 wins and seven losses.

Perhaps Macron could call in a favor from Francophone Canadian fighter Georges St-Pierre and set up a diplomatic showdown to end the bickering once and for all.

READ MORE: Macron doesn’t care about Amazon fires, what we are seeing is a G7 info war to sink Bolsonaro

Danny Cipriani is unlikely to change, and why should he?

NO ONE KNOWS WHERE CHINA’S MOST FAMOUS ACTRESS HAS GONE