A former engineer at Google faces dozens of counts of theft after being accused of making off with company trade secrets linked to self-driving cars, which he then allegedly passed to the ride-sharing company Uber.

The US Department of Justice announced on Tuesday the charges on 33 counts of theft and attempted theft for the former Googler, Anthony Levandowski, who is said to have illicitly downloaded thousands of confidential files from company computers.

Breaking: Former Google engineer Anthony Levandowski has been indicted for trade secret theft by the US Attorney for Northern California. He is accused of stealing self-driving car technology from Google. 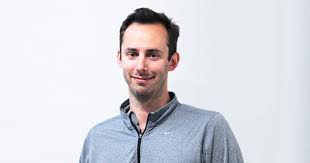 Until 2016, Levandowski worked on Google’s self-driving car initiative, Project Chauffeur – later dubbed Waymo. He quit to launch his own startup, which he eventually sold to Uber. Before leaving, however, the engineer allegedly transferred “critical engineering information about the hardware used on Project Chauffeur self-driving vehicles” to his own laptop.

He turned himself in at the San Jose courthouse early on Tuesday, and was arraigned on his charges late in the afternoon. The DOJ would not say whether anyone else would be indicted for the alleged thefts.

“All of us are free to move from job to job,” US Attorney David Anderson told the Wall Street Journal. “What we cannot do is stuff our pockets on the way out.”

Though each of Levandowski’s 33 charges carries a potential 10-year prison sentence and a $250,000 fine, the prosecutor said he didn’t “want to imply that we would be seeking 330 years.”

ALSO ON RT.COM‘Incentive to create havoc’: Self-driving cars set to turn streets into gridlocked hell – studyUber commented on the indictment by saying it has “cooperated with the government” in the investigation, while Waymo praised the DOJ and the FBI, saying they have “always believed competition should be fueled by innovation.”

Levandowski’s lawyers insist the indictments have no merit, arguing that Waymo previously brought a case against Uber making similar allegations in 2017, which was settled the following year. That lawsuit alleged a “striking resemblance”between some of Waymo’s designs and Uber’s, singling out Levandowski as the thief. Uber agreed to shell out a 0.34 percent equity stake to Waymo – which came to some $245 million – as part of the settlement.

“This case rehashes claims already discredited in a civil case that settled more than a year ago,” the defense lawyers said in a statement. “Anthony is innocent, and we look forward to proving it at trial.”

The rise of the silent meeting

AI will be the art movement of the 21st century

Is feminism so insecure it won’t admit that boys might just be BETTER than girls at Fortnite?