US President Donald Trump is accusing Democrats and the media of trying to bring about a recession in order to hurt his 2020 re-election. His critics reply that they’re only stating the facts… just like they did with Russiagate?

“The word recession is inappropriate… We’re very far from a recession,” Trump said on Tuesday, adding that his critics would “love to see” an economic downturn. Earlier, he tweeted a video clip of Fox Business host Lou Dobbs blaming “radical Democrats” for the recession talk. 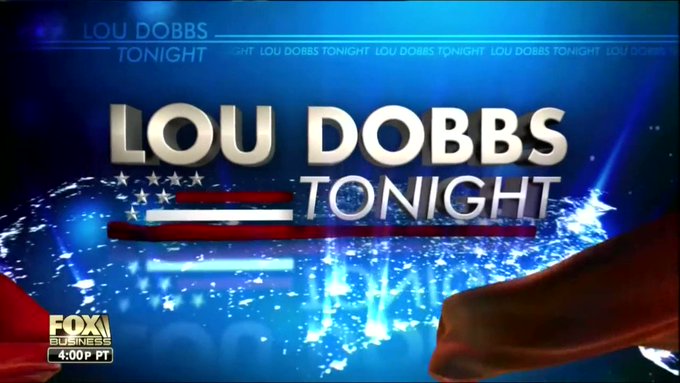 18.9K people are talking about this

He is not the only one to accuse the media of hyping an “imminent” disaster. Democrats are “rooting for a recession,”Fox News host Laura Ingraham tweeted out Tuesday, asking if the opposition is “purposefully trying to undermine and divide America.”

“The liberal media is so deranged by President [Donald Trump] that they’re now cheering for the economy to tank,” his campaign manager Brad Parscale said, singling out MSNBC coverage.

MSNBC host Stephanie Ruhle denied she was wishing for a recession, calling such claims “categorically false” and arguing that she was just “reporting forecasts & giving historical context.”

Wants Pain For All Americans @SRuhle Pure Hate!
MSNBC Host Stephanie Ruhle: ‘It’s About Time We Get A Recession’ https://dailycaller.com/2019/08/19/msnbc-host-stephanie-ruhle-recession/ … via @dailycaller

MSNBC Host Stephanie Ruhle: ‘It’s About Time We Get A Recession’

MSNBC anchor Stephanie Ruhle said on air Monday that a recession under President Trump would be “okay,” saying “it’s about time” America has one.

Categorically FALSE –
David Rubenstein of Carlyle noting since WWII, we’ve had a recession (approx) every 7yrs
74% of exonomists surveyed by Natnl Assoc of Biz Economists predict recession by 2021

Reporting forecasts & giving historical context is a celebration of NOTHING

238 people are talking about this

“So when the president says this is the best economy ever, it’s not,” is how Ruhle phrased it on her show Monday. “And if we did face a recession, it would be normal and it would be OK.”

“There are economic indicators signaling a slow down. That is not subjective,” she tweeted afterward.

Meanwhile, the Washington Post ran a piece suggesting that “the charts” pointed to a recession and hoping for “better economic leadership” – written by former chief economic adviser to Vice President Joe Biden, who currently leads in the polls for the Democrat 2020 nomination. So much for subtlety.

Perspective: Just how likely is a recession?

Perspective | Just how likely is a recession? Ask the charts.

It’s a race between a potential slowdown and the arrival of better economic leadership.

51 people are talking about this

Those not affected by selective amnesia might recall that comedian Bill Maher, an outspoken critic of Trump, openly called for a recession as a way to get a Democrat into the White House.

“So please, bring on the recession. Sorry if that hurts people but it’s either root for a recession, or you lose your democracy,” he said back in June, apparently ahead of the curve when it came to anti-Trump talking points.

ALSO ON RT.COMPublic angry after comedian Maher says ‘bring on recession’ even ‘if it hurts people’ to oust TrumpPartisanship is one thing, but personal hatred of the man in the White House to the point where one would hope for an economic disaster is something else. Especially after the very same outlets blaming Trump for what they say is an impending economic downturn absolutely refused to give him any credit for the upswing since 2016.

Then again, these are the same media outlets that breathlessly pushed the ‘Russiagate’ conspiracy for the past three years, only to drop it like a hot potato once special counsel Robert Mueller came up empty-handed. Now they expect the American public to pretend that none of that ever happened, that their credibility is unaffected, and just follow them meekly along as they shift onto the next talking point, be that recession or – in the case of the New York Times – racism? Some nerve.

ALSO ON RT.COMNYT shifts from Russiagate to racism, insisting Orange Man Still BadThat is not to say that the US economy isn’t in at least some trouble. Farming and manufacturing have suffered in Trump’s trade war with China. He has insisted that the short-term suffering will be worth the long-term gain from recalibrating that relationship. Whether he’s correct or not, the media and the Democrats have openly sided with Beijing in this particular case – which works great for Trump politically, but not so great for the US economically.

“The stock market is not the economy, the yield curve is not our economic destiny, and the US economy is not run from this — or any other — White House,” economist Douglas Holtz-Eakin, former head of the Congressional Budget Office, argued on Tuesday.

Maybe so, but those are the perceptions fueled by decades of media coverage, and in the US, perceptions often matter more than reality. As a result, the country runs a real risk of the media chatter about a recession becoming a self-fulfilling prophecy.

Nebojsa Malic is a Serbian-American journalist and political commentator for RT America, based in Washington, DC.

Who’s to blame when a machine botches your surgery?

Thousands of bones found in Vatican search for missing teen