You know what they call a quarter pounder with cheese in Paris? Le burger 2018. At least, that is what they call it in the distant little quarter that has been taken over by the Ryder Cup this week. It is, Quentin Tarantino wrote, the little differences. Such as the hot dogs, which are made with Toulouse sausages and, well, that is about it.

This may be the first Ryder Cup in France but it looks and feels like every other, all scaffold grandstands and sponsored marquees. “Inside the fences it’s hard to do anything distinct,” says Pascal Grizot, the vice-president of the French Golf Federation. “But, you know, the French flavour is much more outside the fences.” 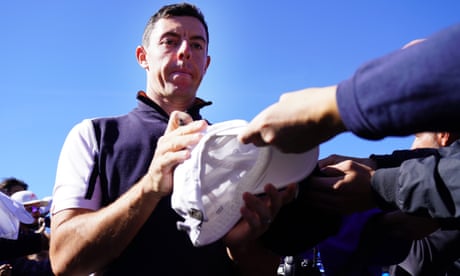 Ryder Cup Guardians ready to give Europe a chorus of approval

Except “outside the fences” you would not necessarily know the competition is on. A plot in the 4th arrondissement outside the Hotel de Ville has been taken over by a spectator village but otherwise the city is just going about its everyday business.

Golf is a minority sport in France. If you measure popularity by the number of registered players it ranks seventh, with around 400,000, behind judo, and just ahead of pétanque. Grizot is hoping this week will change that. He thinks the Ryder Cup could bump the number up by as much as 50% in the next few years but he is more optimistic about that than a lot of his compatriots seem to be. He needs to be.

The French papers calls Grizot “Mr Ryder Cup”. It was his idea to bid for it in the first place, and he has spent the past decade doing the planning. Spain were the favourites to win the bid before the decision was made in 2011. It had already hosted it once, the only other time the tournament was held in mainland Europe, at Valderrama in 1997. Portugal, Germany and the Netherlands were all in the running, too. Grizot argues that the reason France beat them was precisely because of the sport’s lack of popularity. He says the French managed to argue: “We were the only country who wanted to host the Ryder Cup to grow the game.” 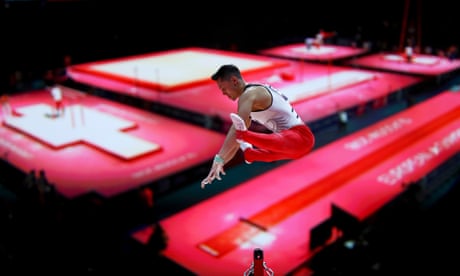 The Recap: sign up for the best of the Guardian’s sport coverage

“Spain’s was a great bid,” he says, “but it was really all for tourism reasons, and the same in Portugal, while for Holland the whole thing was supported by a group of very important businessmen. But in France we wanted to do it for the development of golf.”

In the past few years the French federation has been running an education programme to get the game into schools and has also built 99 small urban courses. There are another 40 planned too. “These golf courses are simple and short,” Grizot says, “which means we’re addressing the two biggest criticisms of golf today – which are that it’s too expensive and too time-consuming.”

Grizot’s word for it, “legacy”, is one all governing bodies love to hear and use. Keith Pelley, the European Tour’s chief executive, has said: “If we can use the Ryder Cup to grow it, to increase the engagement, the awareness of our game, then that is something critical.” So that was one reason to bring the Ryder Cup to France. Then there were another 18m. It has cost them around €43m to host, almost half of it the fee they had to pay to Ryder Cup Europe. Grizot raised a large part of it from the country’s 410,000 registered players, who agreed to pay a €3 fee annually for the last 13 years just to fund it. 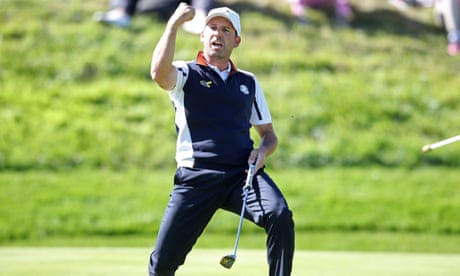 Sergio García: ‘I’ll do what I’ve always done at Ryder Cups – everything’

The French golf community is certainly behind it, then, and the organisers say 43% of the tickets have been sold within the country. But it is not clear yet whether everyone else will join them. Grizot says a lot of French people tend to think of it as an elitist sport and that the British are to blame.

“Unfortunately it came from the UK,” he says. “It was the British who came to France and built the first golf courses. And the British people who had the opportunity to do this, well of course they were rich people, and they only wanted to play with rich people.” Grizot wants to change minds. “The Ryder Cup is so strong that it doesn’t just speak to golf fans, it speaks to all citizens. I’m not sure all the people who discover golf during that week will play golf but I’m quite sure that a lot of them will.”

It would have helped if France had a player in the team. Victor Dubuisson played brilliantly well at Gleneagles in 2014. He is injured, with a perforated ear drum suffered after his flight back from the Spanish Open in April, but even before that happened he seemed almost to have fallen out of love with the sport.

His world ranking has dropped from 15 to 226. He hardly played at all in 2017, when, he said, he “spent almost 80% of my time fishing”. The best player in the country feels so ambivalent about the game that he almost gave it up for another in the year before France hosted the Ryder Cup. Which feels like a bad omen for Grizot.

The discovery of 39 bodies found in chauffeas is in Britain

WHY DO HIP HOTELS THINK THEIR GUESTS NO LONGER WANT BATHROOM PRIVACY?